This cautionary cancellation acknowledged that the dangers and disappointments of COVID were hard on everyone, but they affect young people especially. We are grateful for all our CLC friends, colleagues, and supporters who share hope and light through literature and art. 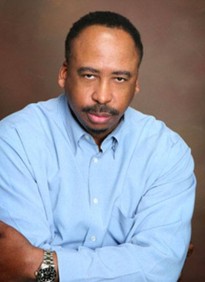 E. B. Lewis is a decorated illustrator, or artistrator as he calls himself. He has published more than 70 books for which he has won countless awards, including a Coretta Scott King Illustrator award and three CSK honors. Lewis’s longtime partnership with Jacqueline Woodson has produced such titles as Each Kindness, The Other Side, and Coming On Home Soon, for which he received a Caldecott Honor. The beautifully crafted picture book biography and winner of the 2010 Orbis Pictus Award, The Secret World of Walter Anderson, pays homage to an uncompromising American artist. His recent picture book biography of John Lewis, Preaching to the Chickens with text by Jabari Asim was a New York Times and Kirkus best illustrated book and a Golden Kite Honor.

When Linda Sue Park was nine years old, she published her first haiku in a children’s magazine.  It earned her a dollar, which she gave to her father for Christmas.  Since then, Park has published a collection of poetry, multiple picture books, and a plethora of novels for young people such as Forest of Wonders and A Long Walk to Water.  Her renowned work, A Single Shard, won the 2002 Newbery Medal and was an ALA Best Book for Young Adults. Park’s novel, Prairie Lotus, won the 2021 ALA Asian/Pacific Award. Her newest book, The One Thing You’d Save, captures diverse voices using the Korean poetry form sijo.

Eugene Yelchin is a graduate of the Academy of Theater Arts in St. Petersburg, Russia. Yelchin designed sets and costumes for stage productions and co-founded a children’s theatre in Siberia. It took him two years to gain permission to leave the Soviet Union. After arriving to Boston, Yelchin took his art portfolio to the Boston Globe editorial offices, and soon was working as a full-time editorial illustrator for the leading US newspapers and magazines. Yet, Yelchin’s dream was to work in Hollywood movies. He moved to Los Angeles and earned his graduate degree from the USC School of Cinematic Arts. Yelchin went on to direct television commercials and illustrate advertising campaigns (designing the original polar bears for Coca Cola). Eventually, he made it to Hollywood. His first character designs were for the animated movie Rango in 2011, which won the Academy Award for Best Animated Feature, as well as Annie Award for Character Design. In 2006 at the Society of Children’s Books Writers and Illustrators conference in New York, Yelchin received Tomie DePaola Illustration Award and began writing and illustrating books for children. In 2018 The Assassination of Brangwain Spurge, which Yelchin co-authored with M.T. Anderson, was named a National Book Award Finalist. In 2012 the middle grade novel Breaking Stalin’s Nose that Yelchin wrote and illustrated received the Newbery Honor. In 2010 Yelchin illustrated the picture book The Rooster Prince of Breslov, which received the National Jewish Book Award. In 2017 his novel The Haunting of Falcon House received a Golden Kite Award and in 2011 Won Ton: A Cat Tale Told in Haiku that he illustrated received a Crystal Kite Award.

Donate to the Children’s Literature Conference!
Your generous donation will provide student scholarships for this year’s conference.

Speakers in Schools Endowment Fund!
A gift in honor of Nancy Johnson will provide funds to bring authors and illustrators into area schools.